all songs © roger that / ascap

players on the album:
todd fletcher · piano, guitars, organ, tambourine, lead and backing vocals
brendan gamble · drums on all tracks except “idly by” with drums by russ horvath
eddie schaller played bass on all except “let’s shack up together” which has ellis clark on bass
kevin junior played the vibes on “cathy dennis”
brian wilkie played lead on “cathy dennis”, guitar and guitar solo on “i shouldn’t be surprised”
ellis clark, alone, did the same on “let’s shack up together” 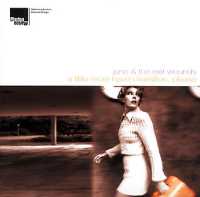